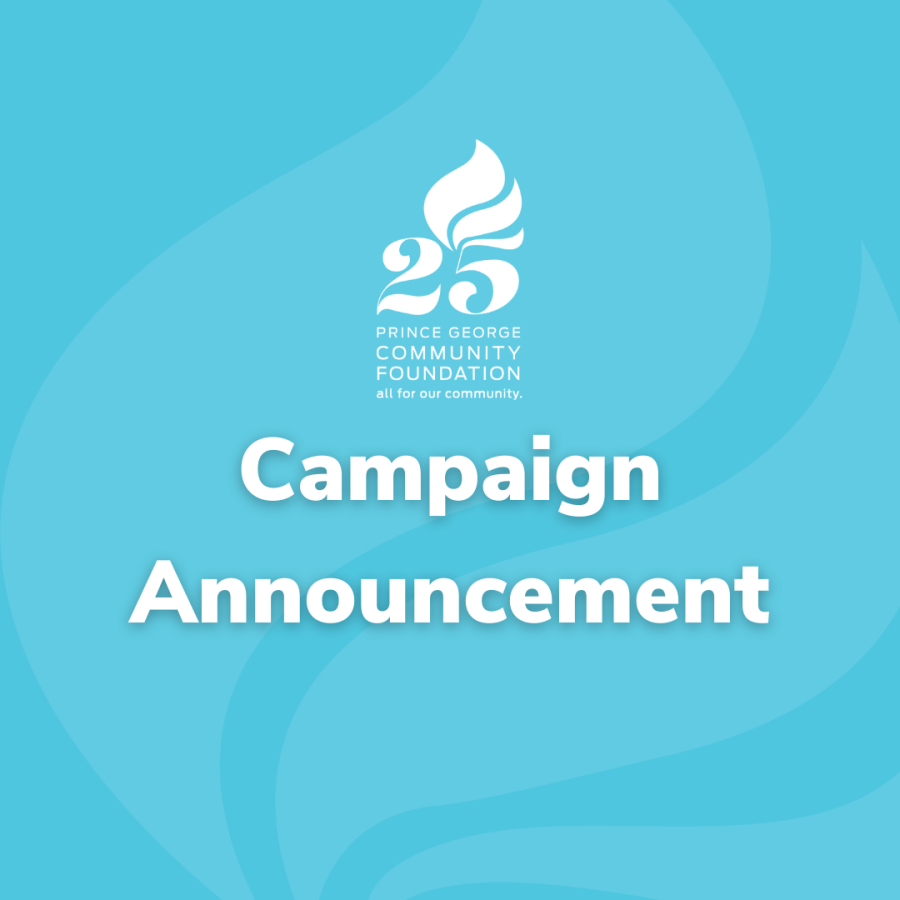 Today, the Prince George Community Foundation (PGCF) announced the launch of a $1.5 million campaign in honour of their 25th anniversary.

Since 1995, the Foundation has provided over $3.3 million in grants back to local and regional organizations. Founded on a simple idea, the Foundation is a gift that keeps on giving. The 25th Anniversary campaign is designed with the same premise as when the organization was founded: with the ambition to create a powerful legacy for the long-term vitality of the community.

Rio Tinto kicked off today’s campaign with the lead gift of $150,000 for the campaign. Rio Tinto has been operating in British Columbia for over 60 years at the BC Works location in Kitimat. They are committed to the future of Northern BC communities through economic and social investments.

“Our contribution to the Prince George Community Foundation is an important investment in the long-term social benefit for the community and regions in which Rio Tinto operates, supporting the health and wellness of our people is a key factor for us.

The money raised will provide both a $1.25 million endowment campaign along with a $250,000 flow-through campaign. These funds will contribute to the overall impact of the Foundation and the work that we do to support all types of charities in our community but also provide some immediate support for not only our community but Northern BC.

Over the past 25 years, the Foundation has given back to the community by supporting numerous charities and feels there is much work to be done as Prince George adjusts to changing demographics and the lasting impacts of COVID-19. “We still need to support families, seniors, youth, and children. We still have work to do to support areas of health, sports & recreations, arts & culture, social services, education and the environment.” says Alain LeFebvre, President of the Prince George Community Foundation Board of Directors.

“This campaign will have a significant impact on the community, both in the short and long-term. The Foundation looks forward to providing even more support to local charities over the next 25 years.” noted Mindy Stroet, PGCF Director of Development.

“A thriving, supportive and supported community is a place that people want to live,” added LeFebvre, President of the Prince George Community Foundation Board of Directors, “and when we can contribute to making the community a better place to live, it enhances that community experience for everyone.”

Those interested in donating to the 25th Anniversary campaign can donate to the fund of their choice, including contributions to a family fund, funds benefitting a specific local charity, or to one of the Foundation’s seven general funds: (Area of Greatest Need, Arts & Culture, Social Services, Environment, Health, Education, Sports & Recreation).